As mentioned in the last blog post, a stochastic declustering algorithm has been implemented in mXrap to separate events into ‘clustered’ and ‘background’ components. It can be useful when designing seismic exclusions and re-entry procedures to separate seismicity that occurs in short bursts from seismicity that has low variability in space and time. Short-term exclusions cannot be used to manage the risk associated with background seismicity, since the hazard inside a potential exclusion would be the same as outside the exclusion. Efficient exclusion and re-entry procedures target areas where seismicity is most clustered and where the seismic hazard to which people are exposed can be reduced with a short disruption to production.

The filter controls for stochastic declustering in General Analysis are in ‘Event Filters / Background Activity’ and a new chart has been added to show the cumulative events of the two components in ‘Charts / Time Series / Declustered CNE’. An example of the cumulative declustered events chart is shown below for a week’s worth of events at the Tasmania mine. In this case approximately 32 % of events have been classified as ‘background’. 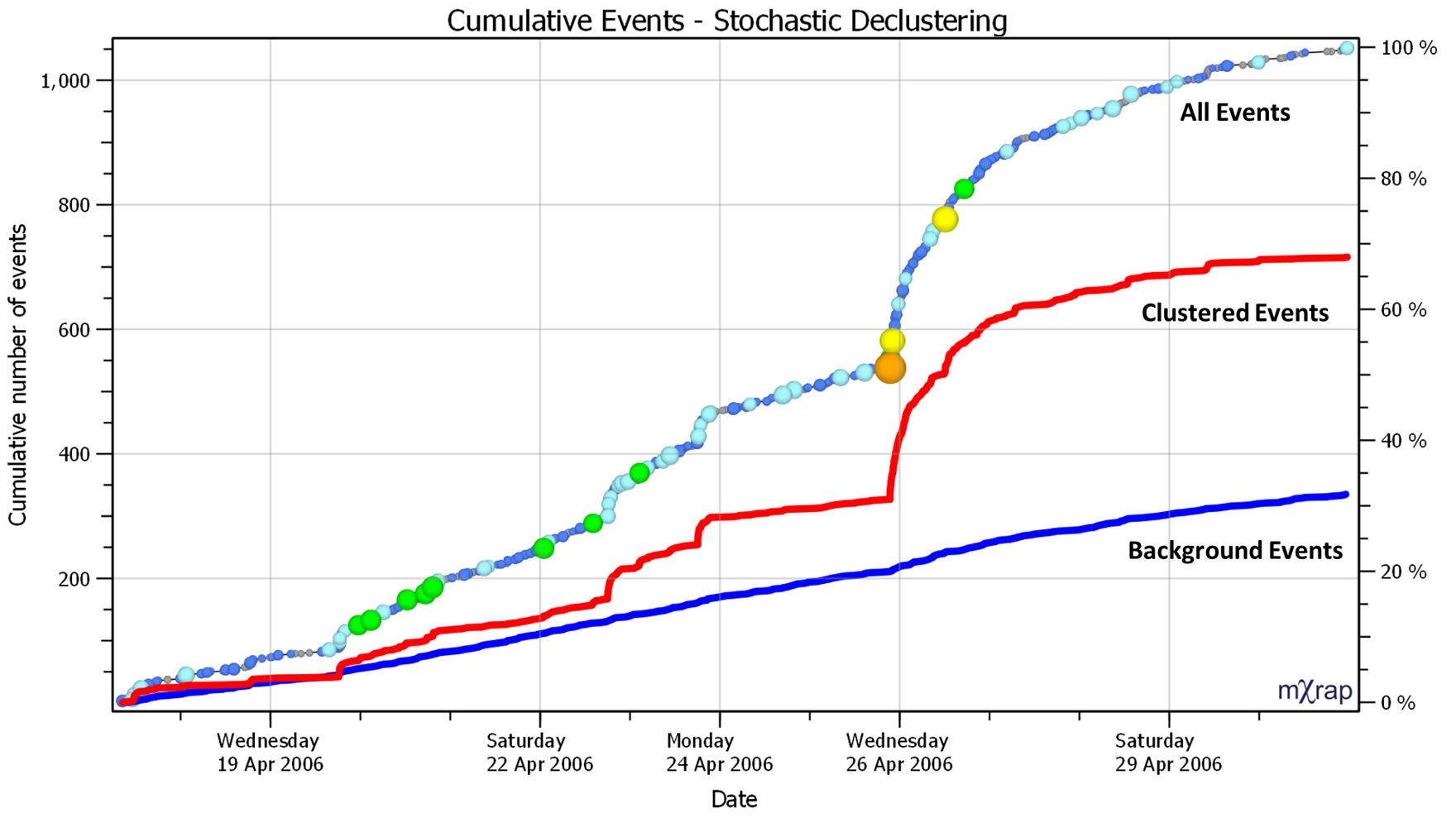 Background seismicity is generally assumed to be stationary and Poissonian. In other words, the average time between events is constant and known, but the exact timing between events is random. Each event is assumed to be independent and not affect the occurrence of other events. The inter-event time of a Poisson process follows the exponential distribution (green line). 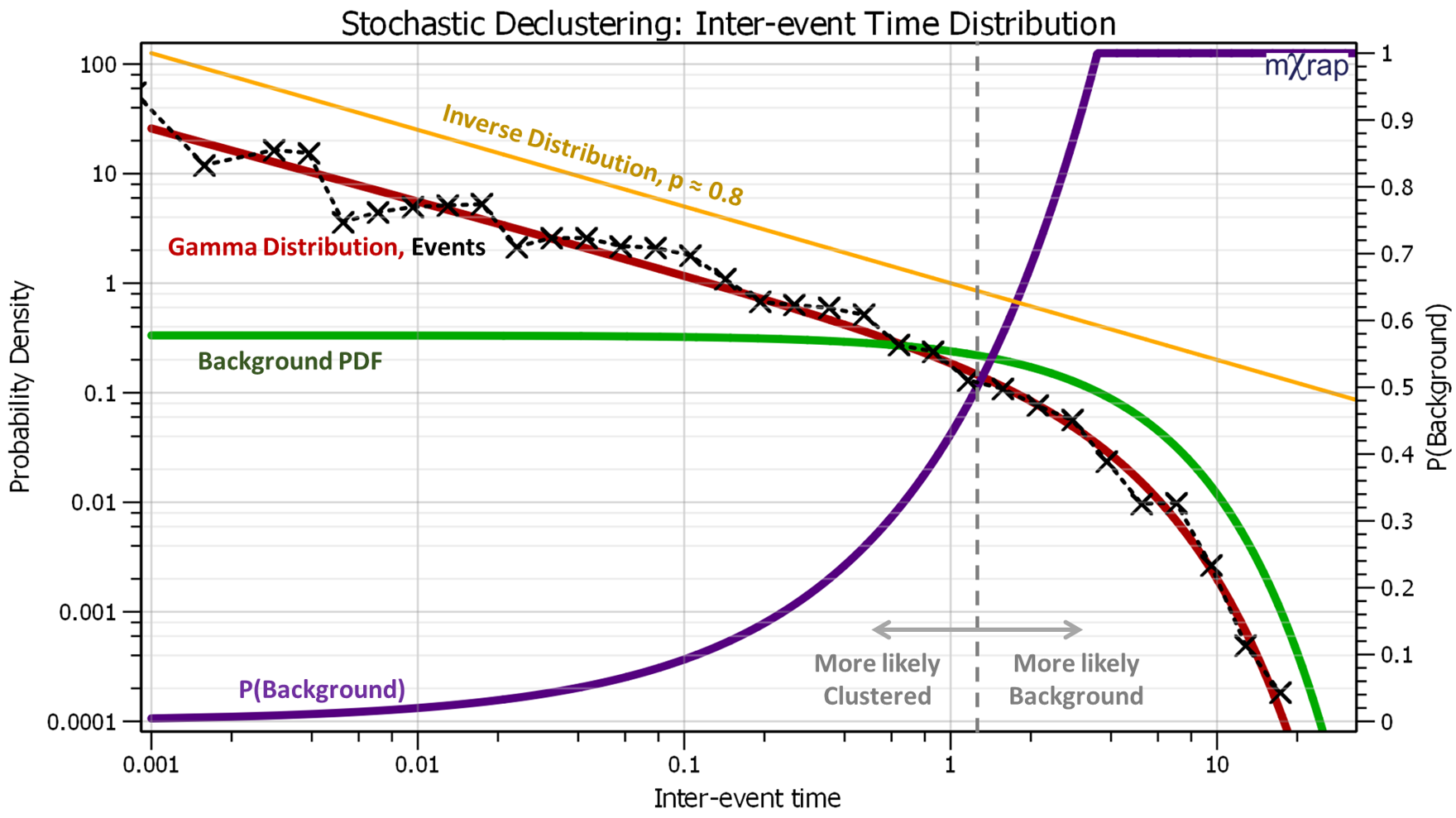 Aside from General Analysis, the stochastic declustering process has been added to the Hazard Assessment, Short-term Response Analysis, and Seismic Monitoring apps. The background filters in the hazard app can be used to compare the seismic hazard of clustered and background seismicity (as per below). Background rates are also calculated for triggers in the short-term responses app and for the reference rate in the activity rate monitoring window. 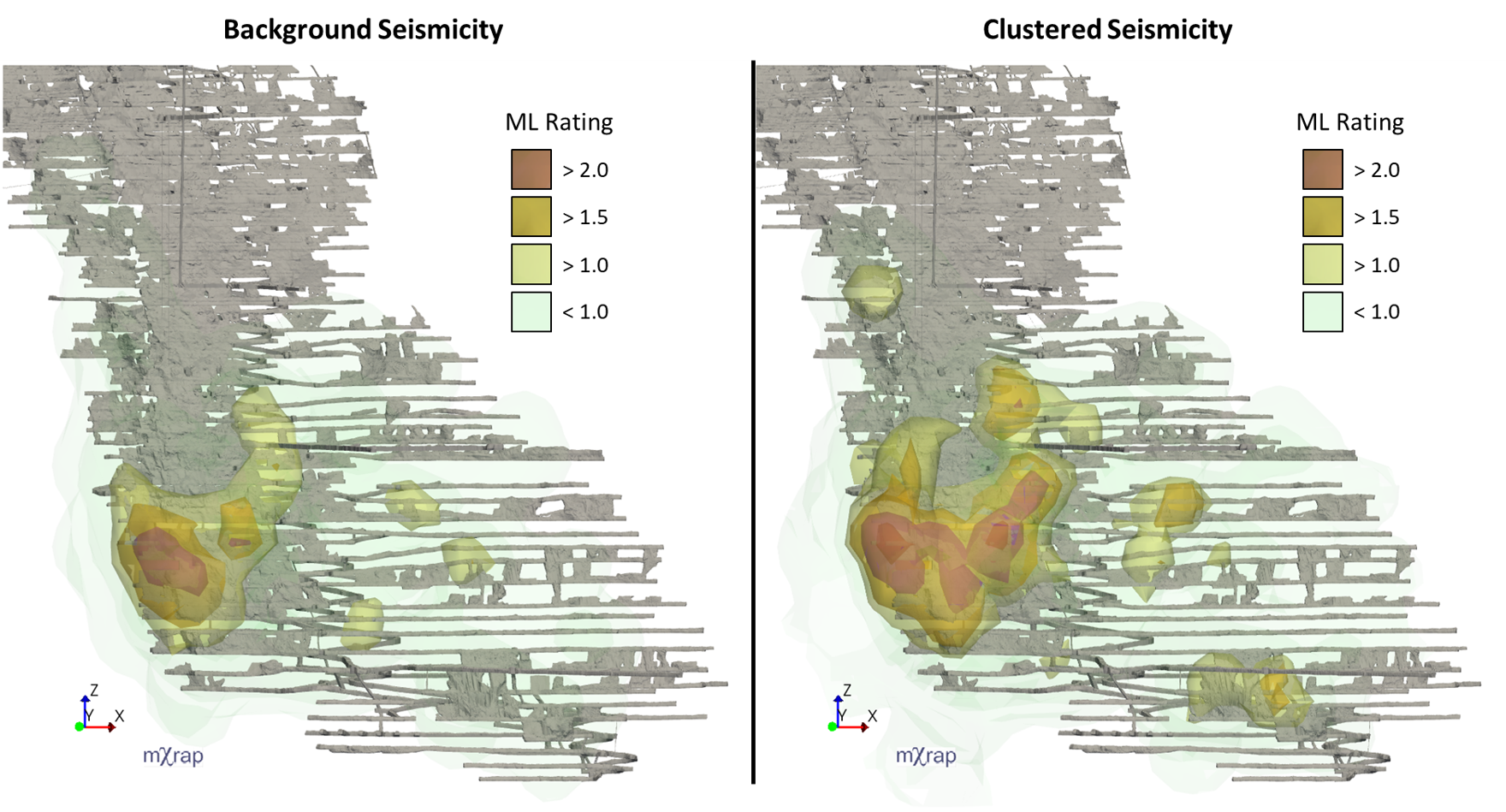 For those wishing to read more about the declustering process, the CORSSA article by van Stiphout et al. (2012) is a good summary of many different approaches used in earthquake seismology, including the method described here.